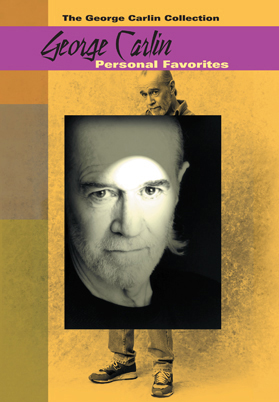 Hosted by the iconoclastic, Grammy Award-winning comedian George Carlin and originally televised on HBO Comedy Hour, this video contains a compilation of various Carlin routines selected from his first six HBO specials, including On Location: George Carlin at USC (performed March 5, 1977), On Location: George Carlin at Phoenix (performed July 21-23, 1978), Carlin at Carnegie (performed October 12, 1982), Carlin on Campus (performed April 18-19, 1984), Playin’ With Your Head (performed May 2-3, 1986), and What Am I Doin’ in New Jersey (performed March 25-26, 1988). Individual routines include Hello-Goodbye, Earrings, Hitler, We Like War, It’s Not a Sport, and two alternate versions of Baseball and Football and A Place for My Stuff.